I can feel you cringe already—what a terrible thing to happen, what an awkward thing to talk about—but for me it’s just a fact of life. My mom died ten years ago, suddenly and unfairly. It’s a long story, I always tell people, but the crux of it truly isn’t. She developed a virus of the heart (myocarditis), got terribly sick, and died within a week. She was only fifty-two; I was only twenty.

Death of a loved one is always hard, but the death of a parent is something otherworldly. It’s impossible to comprehend until it happens, and even then your brain doesn’t let itself understand or else you’ll get sucked into this weird abyss of detrimental thoughts and waves of emotion. The first two weeks were like being perpetually blackout drunk; I can’t remember a detail of what I did each day. Did I stay at home? Go out with friends? I couldn’t say. The next six months were slow motion, and the first whole year was an emotional roller coaster ride. That emotional displacement often meant finding solace and just passing days watching a lot of television.

I had already seen Buffy the Vampire Slayer, at this point, about three to four times in its entirety. The show practically raised me from the time I was ten to the ripe teenage years of seventeen, and since then I have never let it go as my favorite television show. I watched it with continued amazement, enjoyment, and the pleasure of finding new favorite lines, references I never caught before, and having my favorite character change from viewing to viewing.

But I stopped watching it for over a year after my mom died because I knew I wouldn’t be able to take the episode where Buffy’s mom passes away. It was impossible to take, and I was worried I’d never watch my favorite show in full again, forever skipping “The Body” and the preceding episode, “I Was Made to Love You,” that ends so abruptly on Buffy discovering her mom’s lifeless body on the couch. 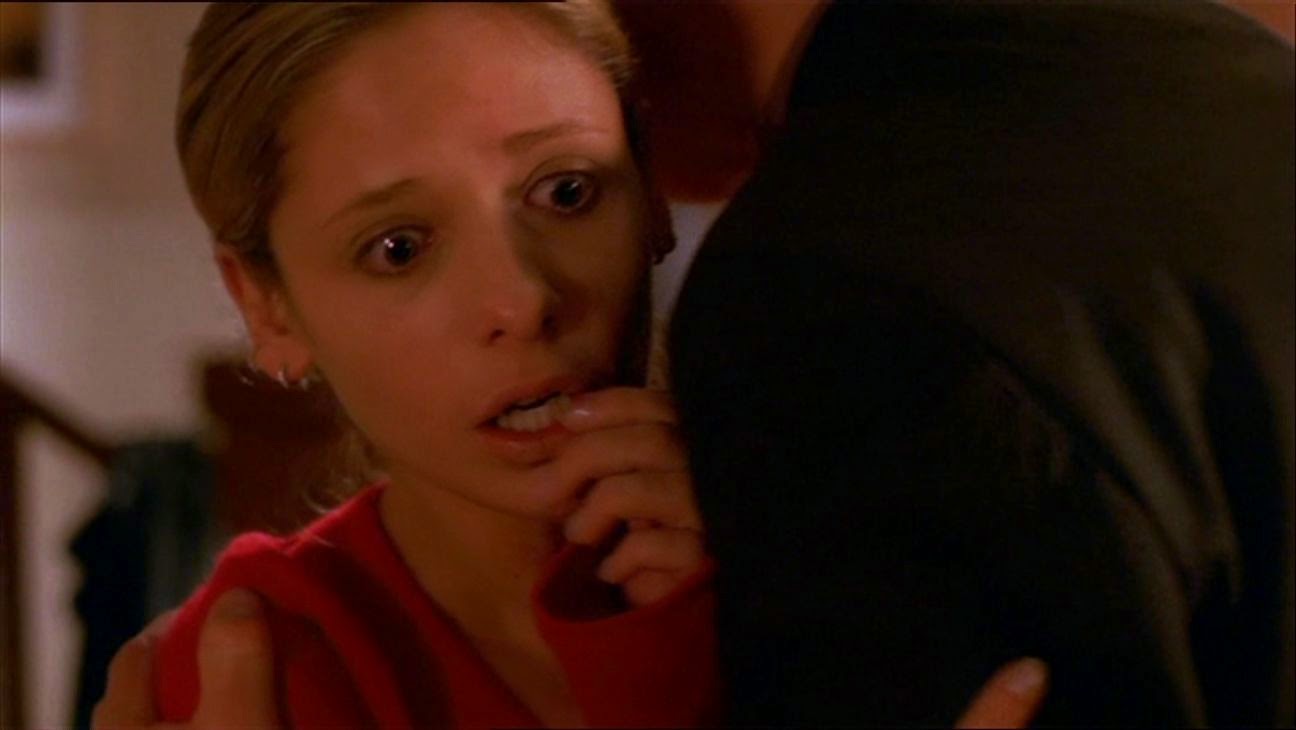 It was two summers after my mom had passed when I decided I was ready to give it a go. I slowly crept up on the episode as I rewatched season five and was filled with anxiety. I didn’t want to face the inevitable emotions I’d feel watching it—I just didn’t want to drum up all the sadness I had buried so deeply. I thought, This is going to be the worst thing ever, and I don’t know why I’m doing this to myself.

And at first, it was the worst. I pretty much sobbed through the entire episode. But I started to realize why I was so emotional over it. It wasn’t just that it was a television episode about the death of a mother; it’s because the way it was written, the character’s reactions, how it all came together was so true to life.

Each character reacted to the tragedy in their own way that made sense for them as a character but also made sense in that I was seeing others react to my mother’s death much the same. Some with anger, like Xander, who punches a wall in a fit of rage and grief. Some with confusion, like Anya, who can’t grasp the concept of someone being gone forever. And myself with just numb shock and disbelief, much in the way Buffy initially reacts.

She refuses to believe it at first. She pukes when her body is wrought with emotion (yes, a feeling of nausea is pretty common, and I felt it too when I found out my mom passed). She even imagines that the paramedics arrive and her mom is suddenly revived, only to come back to reality to see that it hasn’t happened whatsoever. I could relate; I spent months imagining scenarios of what if . . . What if we caught what was wrong earlier? What if, when she was responsive at the hospital, she stayed responsive? What if, what if, what if. 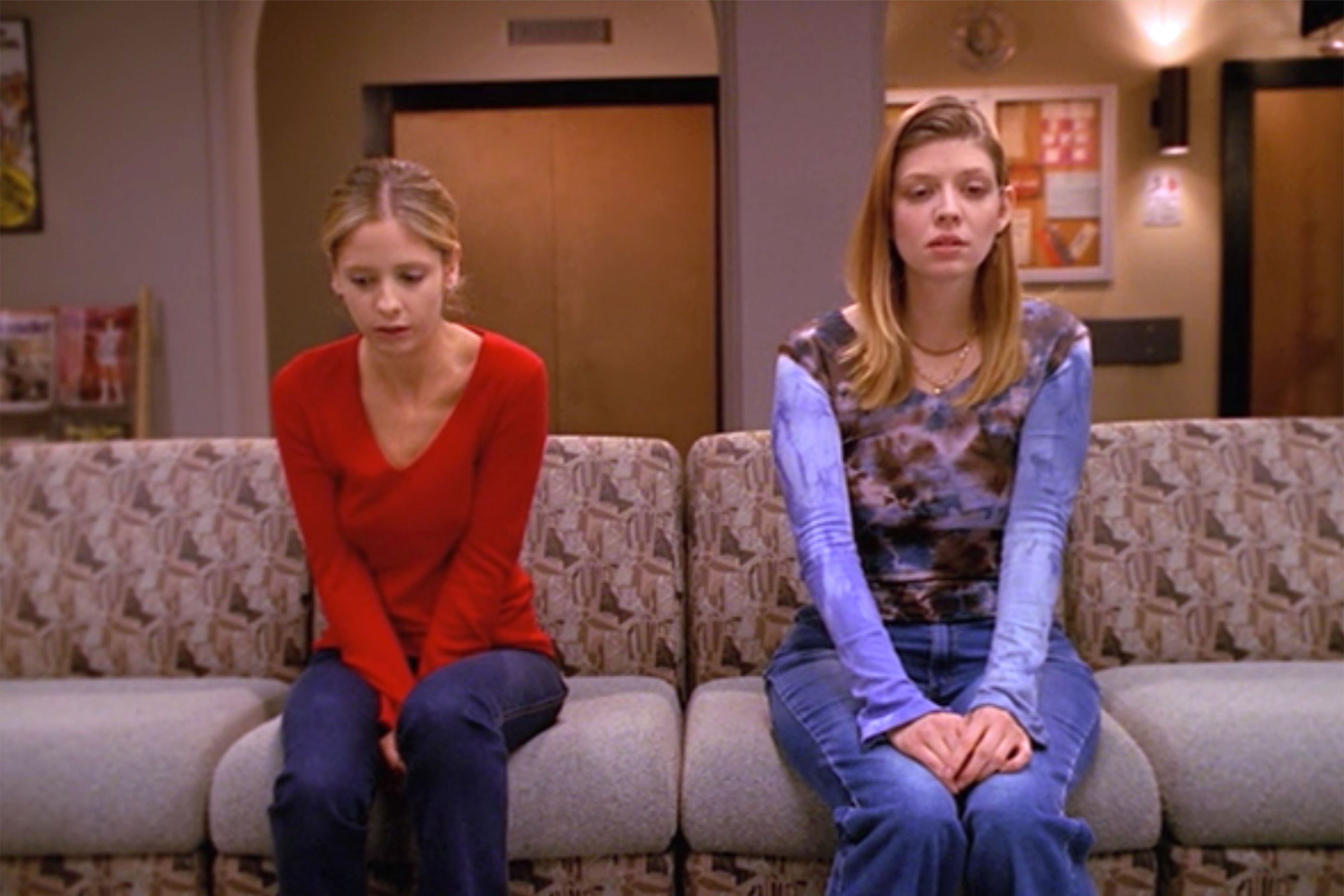 As Joss has said about the episode, “I wanted to be very specific about what it felt like the moment you discover you’ve lost someone. And so what appears to many people as a formal exercise—no music, scenes that take up almost the entire act if not the entire act without end—is all done for a very specific purpose. Which is to put you in the moment. That moment of dumbfounded shock. That airlessness of losing somebody.”

Seeing this strong, badass character reduced to nothing because of something she could not fight, could not solve as all her other problems before, spoke to me. It touched me in a way I didn’t expect; it made me feel less alone. At a time when I felt like no one would ever understand what I was feeling, a television show of all things made me realize it just wasn’t true. My grief was normal because everyone grieves differently. It’s all normal. My grief was OK to bear and OK to carry for as long as I needed. And I was not the only one who had felt this way in life, and I wouldn’t be the last.

I never appreciated the episode before my mother’s death as much as I did (and do) after. And while saying that seems sad (because why would anyone ever want to fully “appreciate” an episode about death?), instead I find solace in it. Since, I have had the courage to watch many movies and shows and read books about the loss of a parent or family member. And not a single one has ever come close to feeling as real as “The Body.” It’s as beautiful as it is morose. It hurts to watch, if only because it is the most honest portrayal of grief I’ve ever seen. And it made me realize that these writers, producers, and Joss himself get it. They got me.

Now when I watch “The Body,” I still cry. But it’s both a mix of sadness and relief that my feelings were not, and are still not, a personal cross to bear alone.