I just got married. I’m thirty-one. For me, that’s significant, because for the longest time I thought you were supposed to get married when you were exactly twenty-one. It’s the age my parents were when they married. It’s how old my brother was and his high school sweetheart too when they said, “I do.” As a result, I spent my entire adolescence assuming that was the norm. Happy twenty-first birthday! Hope you like the marriage!

Instead, my twenty-second birthday came and went without a spouse . . . and my twenty-third . . . and twenty-fifth . . . Thankfully by the time I turned thirty I’d gained enough life experience to know I didn’t need to get married at all and, if I ever were to, it would happen when the time was right.

But that’s not what’s important. What’s important is what came in those years between, what I learned from each relationship that proved to be not to be. In the wake of each, heavy with grief, I’d find myself gnawing on the details, drunk on memories, racked with anger or denial or depression, until I was ready to spit them out and embrace acceptance.

Everything happens for a reason. I relied on the old adage and eventually realized that if I believe that to be true, then I must also believe so does everyone. And that perspective allowed me to finally see my relationships not as failures but as chances to learn and grow in love and life.

Zack Morris taught me what it means to be ~crazy in love~. I pined for him. I made T-shirts that read “I <3 Zack Morris.” I cut out photos of him and Scotch-taped them to the top bunk of my bed so that I could look up at him from the bottom before I fell asleep every night. I was obsessed. In fact, I actually hold Zack responsible for what I consider to be my very first sexual fantasy:

I jump off the diving board at the public pool I used to visit when I was a kid. From underwater I see Zack follow my lead. He’s jumping in too! And he’s swimming over to me! And now we’re . . . oh my god . . . we’re kissing. Underwater. The end.

Zack taught me the importance of sexual tension and bedroom chemistry long before I even knew it existed. But what was more important, and what I slowly learned over the years, was that what I thought was passionate love was really just a misguided desire to tame a wild playboy. Zack Morris always claimed to be a one-woman man, and A.C. Slater was The Flirt, but it’s much clearer to me in hindsight: While Slater was forthcoming with his machismo and straying eyes, Zack was the dangerous breed of flirt that goes unnoticed behind backs and closed doors—by today’s standards, a fuckboy. Zack had an undeniable charm he could turn on and off for anyone. And he did. Stacey Carosi; Krystee, the female wrestler; Jennifer; the Bayside High school NURSE. Even Lisa Turtle and Jessie Spano fell prey to the Zack attack.

Lessons Learned: Chemistry is key, but trust is paramount. And people never change. If a fuckboy grows up and goes to college, he’s still the same fuckboy he was in junior high.

This was a brief crush. It didn’t even reach like-like stage. Still, it was significant. Capeside, Massachusetts, was extremely lacking in Quality Men. Pacey Witter was just a more sensitive, brunette Zack Morris with way more baggage, so I steered clear from the beginning. And Dawson . . . To this day Dawson Leary remains a steadfast example of the qualities I do not seek in a partner. He was whiny, insecure, jealous, self-centered . . . So when Jack McPhee came to town, my hopeful heart leapt for joy. But the crush needed to evolve and turned to appreciation as Jack came to terms with his sexuality.

Lesson Learned: Don’t settle for someone just because they’re the best option available (especially when they’re not interested in you).

Max and I met in middle school, and his photo quickly became a staple in the cover of my daily planner. I felt gushy every time I looked at his warm brown eyes. Zack Morris had left me feeling bruised and wondering if true love were possible, if any man could ever stay loyal.

Then Max Evans came beaming into my life and destroyed, on the spot, the broken, bitter pessimist inside me.

Max’s love and commitment literally defied time and space and reminded me that, yes, soulmates do exist. Eventually, though, it became clear to me that a relationship with a human-alien-clone hybrid wouldn’t work. It wasn’t his background that gave me pause; it was the reluctance to open up to me about his alien sovereignty. I longed for an open, honest relationship, and with my coming from a small, close-knit human family, Max’s deep distrust of mankind proved too significant to ignore. 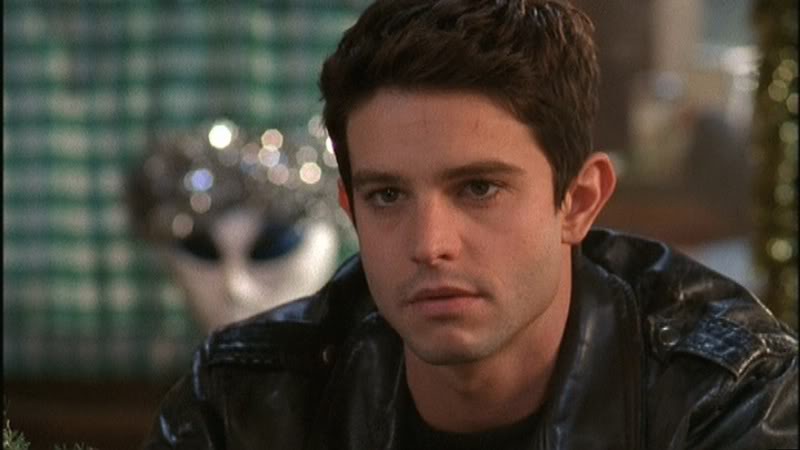 I fell in love with Seth Cohen my sophomore year of college. I hadn’t met anyone during high school who made the cut; my only encounter worth mentioning was an uncharacteristic love affair with Colin Farrell. But when I met Seth I fell hard. The very first time we

met I spent an entire weekend holed up in my dorm room living only on him and a few bowls of Easy Mac. With Seth, my broken heart sprang forth with reckless abandon. I loved him; I was sure of it. His puppy-dog eyes, tousled brown hair, tight soccer player’s body, and genuine and utter devotion did me in. The self-deprecation, sarcasm, and witty banter with his parents were just the cherries on top. Seth Cohen was, and will always be, a rarity. He believed in himself without being cocky. He loved holidays (Chrismukkah!) and naming inanimate objects (Captain Oats!). He was SILLY. We were kindred spirits. However, while I adored his boyish charm, I couldn’t shake the feeling that Seth might be stuck as just that: a boy hesitant to face adulthood and make grown-up decisions.

Lessons Learned: My type. Though my affinity for the attractive nerd had been building, Seth successfully secured first place for hot weirdos everywhere. I also learned that sometimes timing’s just not on your side. Seth was reluctant to figure out his future and needed time and space to discover that on his own. Unfortunately I had to move on. 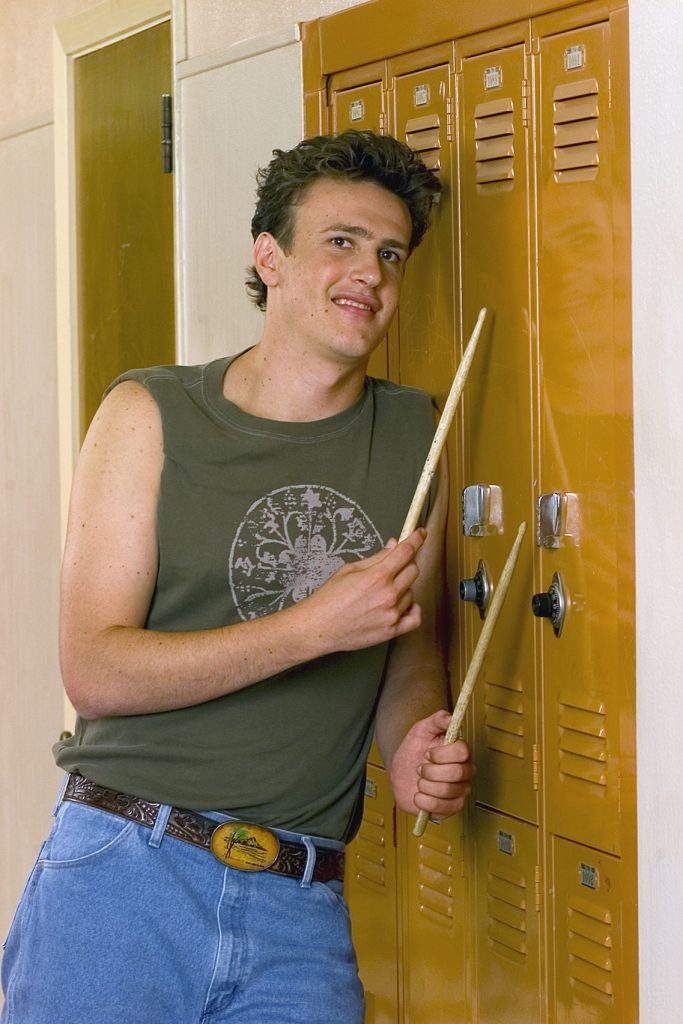 Nick Andopolis was a change of pace. A passionate drummer and frequent pot smoker, he waspainfully sweet. I liked him, and I feel bad that he got caught up in my inner turmoil. Still reeling from losing Seth, I saw a hint of the same devotion in Nick, and I took advantage of it. I knew in my heart he wasn’t the one, but I wanted to be wanted—and Nick wanted. But when the void was filled, his affection became stifling, and I had to end things before they went any further.

Lesson Learned: Don’t move on to a new relationship until you’re completely over the last.

One word: rebound. Another word: accent. Despite my initial reluctance, Chuck Bass won me over. He was new and exciting. And British. Deep down I knew he wasn’t the one for me. Far from it. He was smarmy, self-aware, smug, unabashedly filthy rich, promiscuous, and more stylish than I am. Thankfully, I wised up and cut ties.

Looking back, I remember thinking Seth Cohen was the one, but I now know I just wanted him to be the one. Jim, on the other hand, is the whole kit ‘n’ caboodle. True love is rare, and when it happens, all the stars align. The moment I knew was when Jim’s single tear fell after he confessed his love. And then he took charge with the first kiss. Good lord.

Jim has everything I’m looking for in a man. He’s funny and sarcastic but good-natured with an open mind and heart. He’s loyal, affectionate, confident, emotional but not cloying, genuine, grown up, and silly. He likes to invent games (me too!) and play pretend (same here!), and I’m a firm believer that love should always be fun.

Lesson Learned: Don’t settle for anything but the best, and when you find it, snatch it up and never let go.

Looking back, the patterns are obvious—I’m drawn to people who are silly and playful and wear their heart on their sleeve. It’s with people who hold back I find myself in trouble. When relationships end, it’s easy to fall prey to rosy retrospection, to put on rose-colored glasses. But marriage has given me a clear view into my past. It’s allowed me to navigate my loves lost and lessons learned and the opportunities that have led me to exactly where I should be. At thirty-one.