On Aug. 24, Amazon finally released episodes two through six of its new live-action Tick series helmed by the comic’s original creator, Ben Edlund. The pilot dropped last year and skewed the fine line between a gritty modern reboot and a loving parody of the superhero bloat we’re currently experiencing between the MCU, DCEU, DC CW universe, and Fox Marvel movies and shows. One could rightly ask if, in the year 2017, we actually need to follow any more of the colorful yet bloody antics of another caped crusader, but The Tick justified its existence in its very first episode.

Despite being named for the titular big blue bug of the comic the show was modeled after, the true star here is his sidekick, Arthur. In this incarnation, Arthur is a young man plagued by the childhood trauma of witnessing his city’s premier superhero team, the Flag Five, brutally murdered alongside his father by Jackie Earle Haley’s note-perfect villain, The Terror. Thirteen years later, Arthur is struggling to maintain a steady job while also obsessing over his notion that, despite all evidence to the contrary, The Terror never died and is simply lying in wait to plague the city again. By the end of the pilot, Arthur has met The Tick, an incredibly powerful and optimistic (if a little oblivious) hero he’s never before encountered but isn’t entirely sure whether or not he actually exists. The two steal a moth-shaped suit of power that just so happens to fit Arthur perfectly and, in under thirty minutes, his hero’s journey is underway. 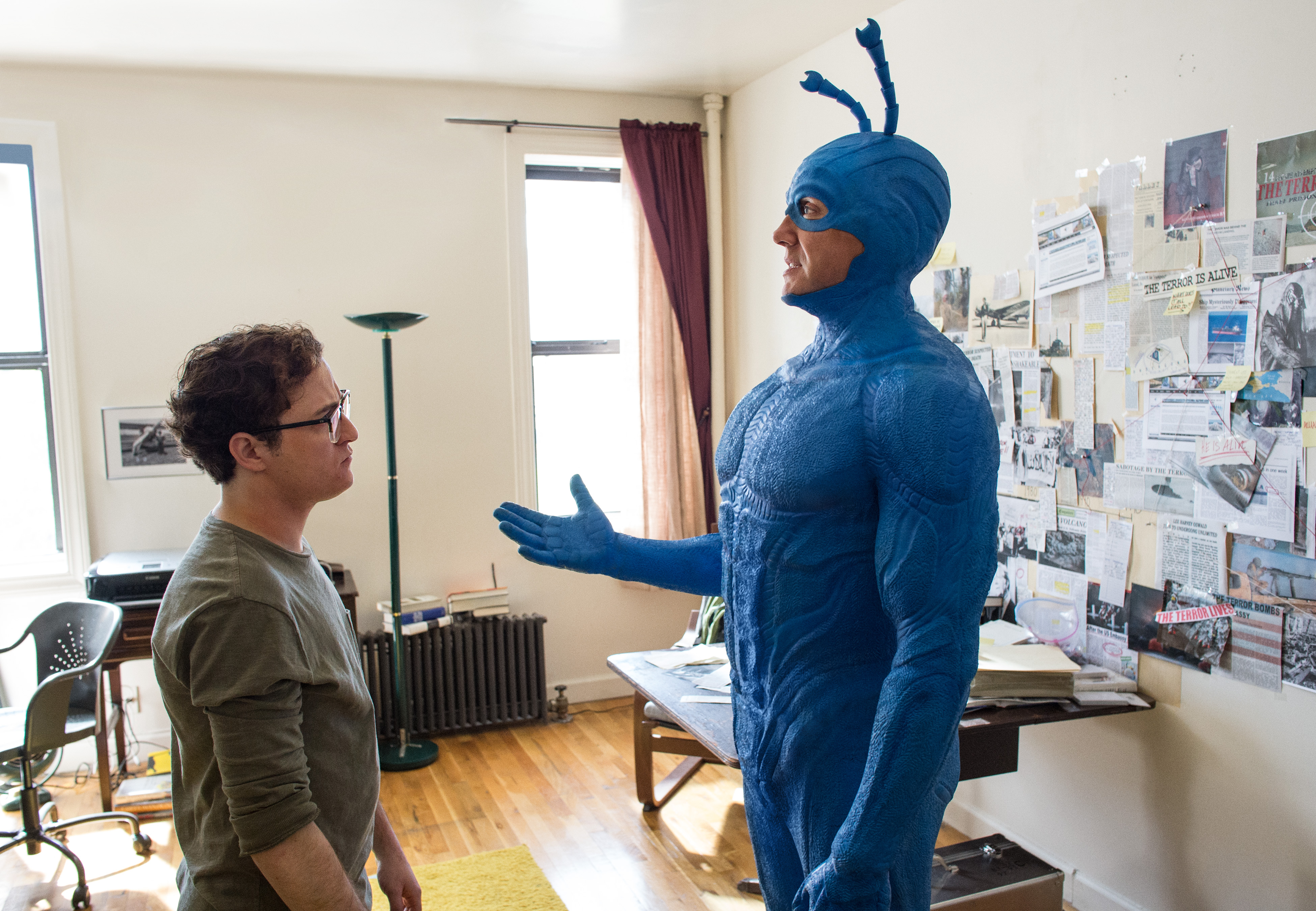 I am as tired of these narratives as you are. As much as I love every tentpole Guardians of the Galaxy and Avengers film that’s released, I won’t tell you that I don’t wish someone, for the love of God, would make something new already. And with a property that already had a beloved ’90s cartoon and short-lived Patrick Warburton Fox live-action series? One could argue that this new iteration never needed to exist. But with Edlund in charge, this property was in the right hands from the very beginning. This new batch of episodes continued to deliver just as much gold as could be found in the pilot and more.

One moment that feels supremely poignant in the pilot is whether or not The Tick is just a figment of Arthur’s imagination. This feels totally plausible with the information we’re given about Arthur’s mental health and history, and it seems like it’s going to be a major plot thread throughout the season. When it’s confirmed that he is not, in fact, just inside Arthur’s head at the end of the second episode, it feels like a bit of a letdown to know so early. This is subverted in later episodes by giving The Tick some uncertain mysteries of his own, which keep the character compelling, but I still wonder what the episodes would look like if they’d just waited a little bit longer to deliver this information.

This show is proud to have heart.

My favorite part of this new incarnation though is the fine line it walks between being an earnest tale of heroics and a meta-commentary on the aforementioned abundance of superhero shows/movies already out. This show is proud to have heart—to show the sincere trouble that both Arthur and his sister, Dot, have experienced since the death of their father. It happily displays The Terror’s old right hand, Yara Martinez’s Miss Lint, mourning the loss of her old mentor and feeling true disdain for her Vitamin Water–obsessed new boss, Ramses. It’s chock-full of belly laughs and bizarre asides, such as the AI “Dangerboat” that spends its free time being a DJ or when they show a TV interview with Midnight, the talking dog ex-sidekick of Christian Soldier (one of the murdered Flag Five), about how he’s renounced God and written a new self-help book. Even The Tick’s updated costume between the pilot and main series is treated with a fun nod and a wink.

The series really picks up steam in the last three episodes of what’s currently available. Arthur’s stepfather’s birthday party is a real delight, where both The Tick and Miss Lint, The Terror’s old sidekick, show up to throw a wrench in Arthur’s feigned stability in front of his family. And a team-up with the Punisher offshoot named Overkill (similarly brutal in his vigilante methods and masked with a skull) injects a much-needed dose of action after some more contemplative episodes. Dot’s side gig as a shady nurse for the villainous Pyramid Gang’s many nameless henchmen promises an inevitable reckoning, and the final moments of the last episode give us a true cliffhanger begging for more.

The one bizarre decision I didn’t love about season one was its delivery method. The creators decided to release half of the season now and the other half later (at an unspecified date in the fall). Supposedly, the decision was to curb binge-watching and allow the fans to build up suspense for the series while awaiting what comes next. While I understand the old-school mentality around television, I’m most curious about why they didn’t decide to take Hulu’s approach and still release each episode, one at a time, week after week, instead of giving us half now and half later—because, at the end of the day, I still binged what they gave me, and I’ll certainly be bingeing the next half when it drops soon.

Regardless of the wonky release, I would absolutely recommend this show if you have any love for the genre. Peter Serafinowicz is utterly delightful as the big blue bug, and the rest of the cast is electric as well. You can tell they really love the world they inhabit and are having a lot of fun building it out for us. I definitely can’t wait to watch the next six episodes to see if they’re as good as these first six!