On Feb. 23, Amazon finally got around to putting out the back half of The Tick’s first season. While I wasn’t initially thrilled with the release schedule, the wait gave them the extra time necessary to absolutely stick the landing. These six episodes had me smiling from ear to ear the entire time I watched them back to back to back. More than the innate silliness and parody that have occupied The Tick from the outset, the show has proven to have real empathy for its characters and an absolutely pure heart that one might not initially expect.

The best parts of the season happen when it unpacks the different motivations of its disparate characters.

These episodes pick up right where the midseason cliffhanger left us: with Arthur in The Terror’s clutches; The Tick, Dot, and Overkill searching for him; and a gigantic, very large naked man (dubbed VLM) barreling toward the city. The Terror draws out Arthur’s fear by forcing him to witness his jazz drum lesson before threatening to end his life. The Tick and Overkill work well together, despite one being a big blue goof and the other being an unrepentant killing machine (with robot hands and eyes). Dot continues to help the Pyramid Gang, in hopes of finding more information about Arthur’s whereabouts. It definitely follows the same general story beats of more serious superhero fare, but that feels like the point: As many jokes as this show can cram in (and there are plenty), it still has to be as authentic as possible.

The best parts of the season happen when it unpacks the different motivations of its disparate characters. Arthur starts to show the promise of a real hero as he comes into his own, saving the life of the kidnapped Russian scientist at the heart of The Terror’s extremely convoluted evil plot. The members of the old Pyramid Gang wrestle with their new leader, Miss Lint, feeling directionless without Ramses and wanting to change their name to find a new sense of purpose. Overkill is given a tragic origin story that dates back to the original days of the Flag Five and has a contemptuous reunion with Midnight, the talking dog from earlier in the series. His own sidekick, the self-aware AI Dangerboat, reveals his sexuality and attraction to Arthur, and The Tick continues to wrestle with his own identity (or lack thereof). 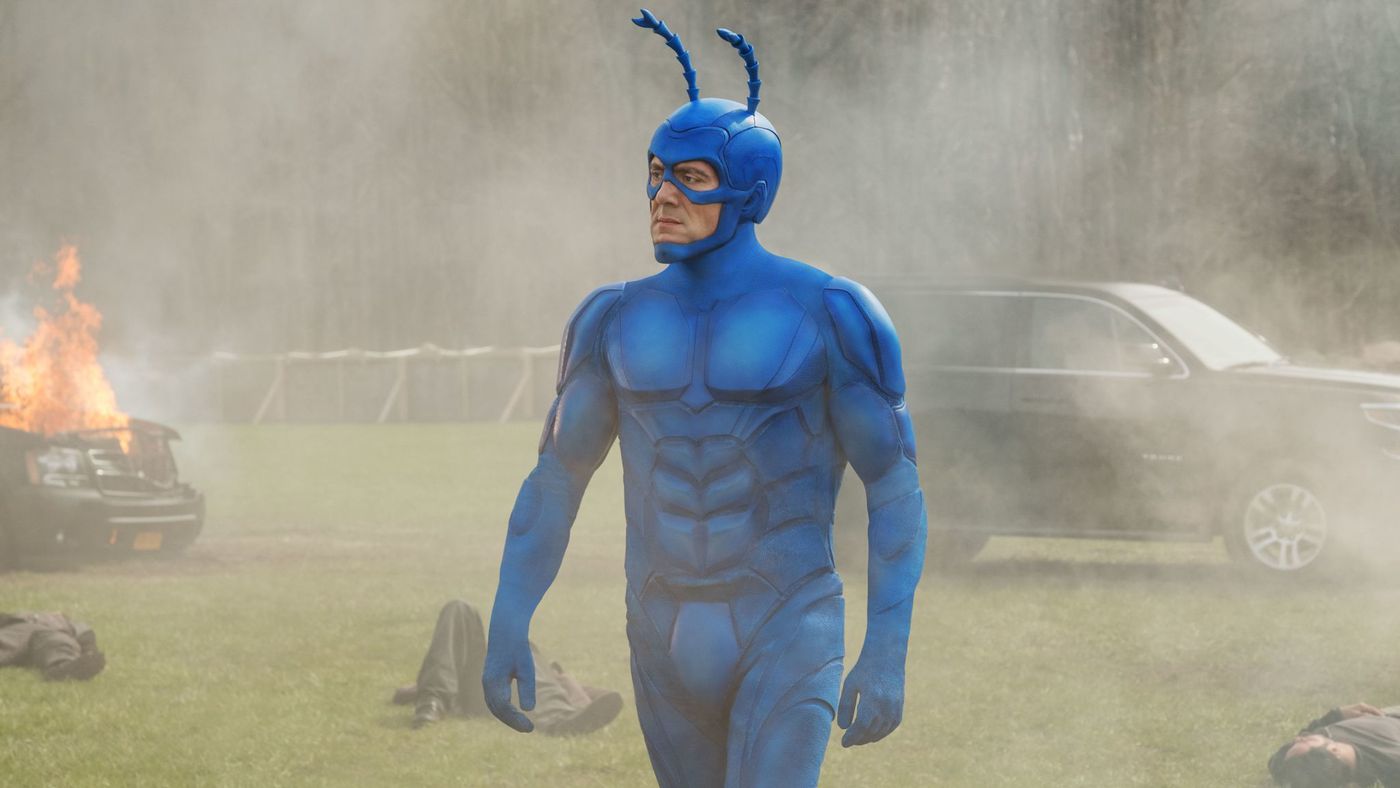 The Tick’s identity crisis and Arthur’s ascent are honestly the most heartfelt and interesting parallel through lines of the season. Arthur begins the series as a hapless nobody with zero friends and a thousand therapists rejecting his (ultimately true) conspiracy theories. The Tick, on the other hand, starts off as a shining beacon of hope and justice in a city seemingly overrun by criminals. They both seem so set in their defined roles, but the further the series progresses, the more their positions switch. By the second half of the season, it’s Arthur who is consistently figuring out The Terror’s schemes, while The Tick becomes more useless as he gets more obsessed with his unknown origin story. At first, this is played for jokes, like in the episode where he meets a Russian robot and becomes convinced he’s an upgraded model and not a living/breathing human, but it becomes more nuanced as episodes go on. By the end, it’s Arthur who steps up to save the day and stop the VLM while The Tick provides the assist, not the other way around.

The other thing that I adored about the series was the way it handled Arthur’s mental health.

The other thing that I adored about the series was the way it handled Arthur’s mental health. When you start watching, you are legitimately convinced that The Tick might not even be real. Arthur’s trauma has scarred him so much that he can’t hold down a job, he doesn’t have any friends, and his family is always checking up on him. But here, as the year comes to a close and he’s hurtling in the Mothman costume toward the VLM to save the day, everyone around him is truly cheering him on. They believe in him. He’s still extremely affected by his father’s death and will always correct someone if they call Walter (his stepfather) his dad, but there’s a newfound strength and purpose to him. This is highlighted best in the season finale when Arthur’s mom and Walter hear the news that the VLM has been vanquished and admit to each other that they know Arthur’s a superhero. Walter says, “I think that’s why he’s always been such a failure at normal life. He was always supposed to have a special one,” and his mother agrees: “Arthur is special.”

Even though this show is called The Tick, this iteration has always been Arthur’s story, and despite the fact that the year is done, the story is only just beginning. The episode ends with another (small) cliffhanger: a drone watching as Arthur and the Big Blue Yonder walk off into the sunset. Fortunately, Amazon has already picked up the show for another season, so we won’t have to wait too long to find out what comes next, but even if they hadn’t, it could have ended here: with The Terror vanquished and the people who most love Arthur finally seeing him for the man that he has become and not the tortured child he once was. But now that they have, I can’t wait to see who else they pull from the comics and cartoons. As long as they find a new villain as charismatic, charming, and believable as Jackie Earle Haley as The Terror, I think we’ll have a wild and hilarious ride ahead of us.