I Spent My Day Off Hungover and Live-tweeting Fuller House

I am legitimately sorry for what is about to happen. #FullerHouse #Season3

For some reason, I have continued to punish myself in the year and a half since Fuller House premiered by binge-watching the entire thing every time a new season comes out. I couple this experience with a live-tweeting session, something that I had never done before this whole thing started. The first season, I wrote maybe a tweet or two per episode, but today, I spit out a couple hundred thoughts as I plunged through episode after episode of smarmy kitsch. I couldn’t stop, wouldn’t stop, even though Netflix asked me to halfway through. I’d like to tell you that I hate this, that someday I’ll stop watching this show. The truth, though, is that I will watch every single episode of this living embodiment of nightmarish nostalgia that ever gets released.

I’m a bad person that way.

The thing that surprises me most every time I come back to Fuller House isn’t the relentless cheese. It isn’t the veiled sexual humor or the cardboard acting or the constant product placements. No, it’s how bleak the entire series is under its candy-coated exterior. In one episode, Uncle Jesse shows up out of nowhere with his newly adopted daughter, the one he doesn’t want in season two when Becky brings it up and spends the entire half hour bemoaning how shitty he is at being a dad. The baby isn’t ever even given a name other than “Baby” or “Butterball” across the whole season. In another, during a Fourth of July–themed jaunt, Danny shows up to throw the “Cleanest Pie Eating Contest in the World” and lets it slip to his grandson that he’s divorced his new wife, Terry, and has spent the last six weeks living in a motel. In another still, Becky forces Stephanie to go to a fertility doctor despite her reservations, and the entire family basically peer pressures her into surrogacy even though she isn’t sure she wants to do it, Stephanie being the butt of everyone else’s joke the entire season because she’s still unemployed and trying to make the music thing work.

Now, don’t get me wrong: This show wouldn’t be what it is without the relentless feel-goodery that was present in its parent sitcom (now celebrating its thirty-year anniversary)—and Fuller House has this, in spades. I found myself feeling sick for the two- or three-minute span that occurred, every episode, when it was time for the adults to dispense worldly moral advice to their children and everyone hugged each other. Instead, I rooted for the constant barbs both the children and adults threw at each other as they always belittled one another’s dreams, hopes, and desires and treated one another like the idiots they all truly are.

The series’ biggest arc has to do with DJ’s love life. Are we supposed to be #TeamMatt and root for DJ’s partner at her veterinary practice? Or should we be #TeamSteve and hope DJ will somehow rekindle her high school love all over again? The show certainly leans into the latter, but I find myself leaning toward the former. Steve is engaged (to a low-rent DJ clone named CJ), but the pair seems happy, and DJ’s relentless pursuit of him (despite being in a committed relationship herself) seems cruel. There’s an episode where DJ meets Steve at the bridal shop (why he’s there, I’m unsure), and she ends up trying on his fiancée’s wedding dress. And in the last episode, with an eye mask on, DJ accidentally confesses her love for him, thinking that he’s Kimmy. It’s been going on far too long and is nowhere close to over, as the season has only finished half of its third outing and has another nine episodes coming out on an undisclosed date in the near future. 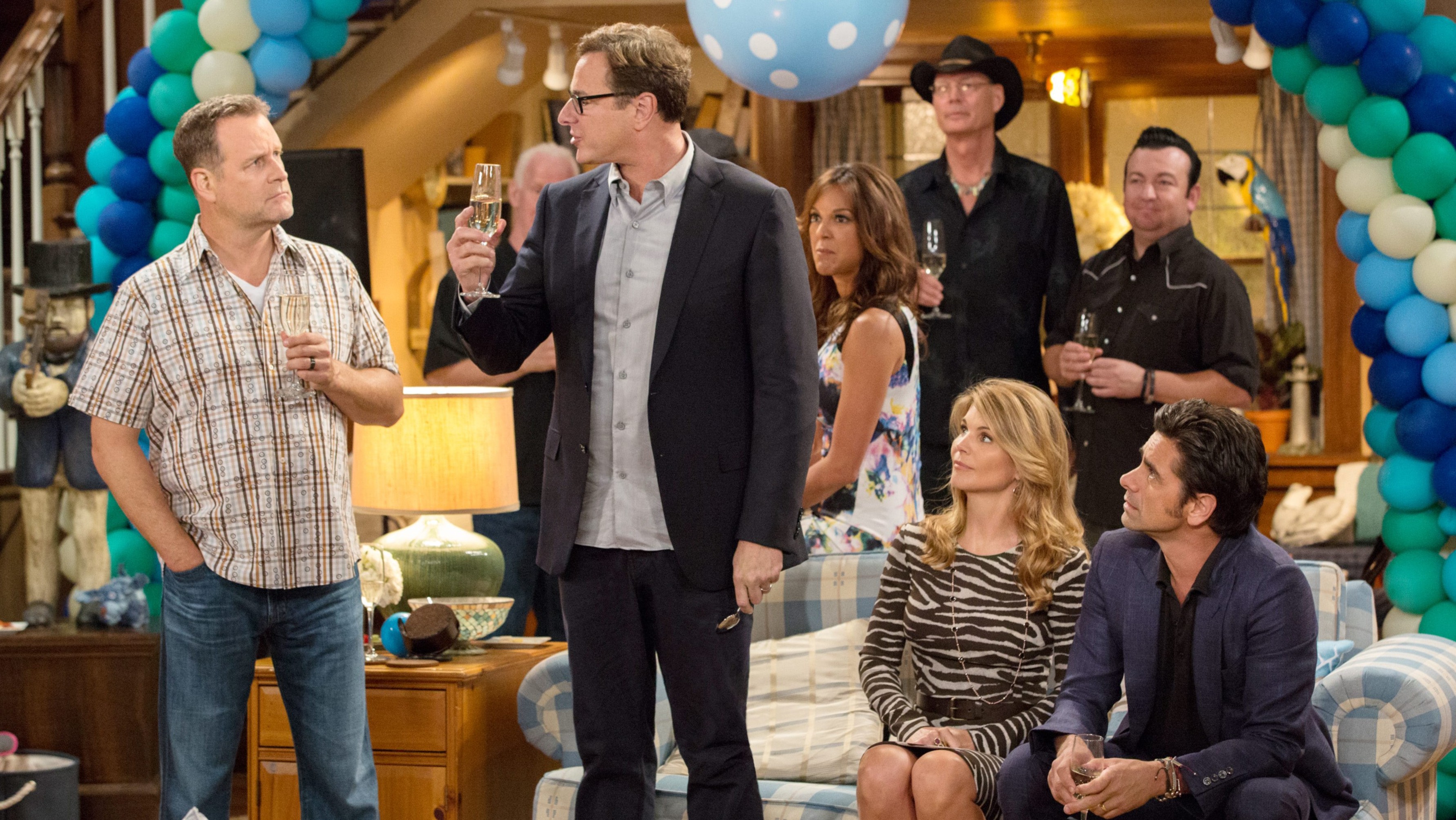 Fuller House’s season-three high point (I can’t believe I just typed that) is the first visit to the Gibbler family home after thirty years of mystery. While Kimmy’s been living in Jesse’s old attic apartment with her ex-husband, Fernando, who she’s again dating, Fernando buys the Gibbler house as a surprise to Kimmy, but Kimmy refuses to move in with him because he didn’t consult her about the grand gesture. He instead moves in with Stephanie’s boyfriend, the exclusive-to-Fuller House Jimmy Gibbler. The two painstakingly re-create everything that was there when Kimmy and Jimmy grew up—including a clown doorbell, farting chairs, and Velcro wall where they spent their time-outs—in a desperate attempt for Kimmy to move in. From here, we get brief snippets of information about Kimmy and Jimmy’s home life, like how their parents once Velcro’d them to the wall and vacationed in Napa without them, or how their parents sold the house during Y2K and retreated to a bunker in the Everglades without them again, or how their parents were never told the world didn’t end, so they’re still presumably in that bunker, having never met their granddaughter. This is all presented with the raucous laugh track I’ve come to know and love, but, if you ask me, it is some seriously dark shit.

I know what you’re thinking: Fuller House obviously isn’t for me, so why do I keep doing this to myself? The show is for children and for their parents who grew up watching the Tanner family in the first place. I certainly watched my fair share of Full House as a kid, but at that point, it was deep in syndication, years removed from its late eighties and very early nineties original run. Fuller House wasn’t made for me, so who am I to judge this schlocky feel-goodery as anything more than exactly what it is? And the answer is nobody. I wouldn’t be watching this if some small part of me didn’t love every minute of it, and I sincerely do. It’s like watching a slow-motion train wreck Netflix pumped millions and millions of dollars into. And I’m the kind of masochist who hopes it runs for another ten seasons . . . or more.