Aging With Grace (and Frankie)

When Grace and Frankie first came out on Netflix, there were three main reasons why I had to watch the show with my mother.

The first was Jane Fonda, who, between 1996–1998, graced our television set with her ’80s exercise video tape. I can still hear her voice clearly in my head, cheerfully exclaiming, “Come on! You can do it!” to my eight-year-old self squatting in Spandex.

The second was that Lily Tomlin’s portrayal of Frankie bore such a resemblance to my mother’s own personality and spiritual quest. From the frizzy hair to the burning sage in her right hand, Frankie is the slightly more off-kilter screen reincarnation of my own mother dearest. 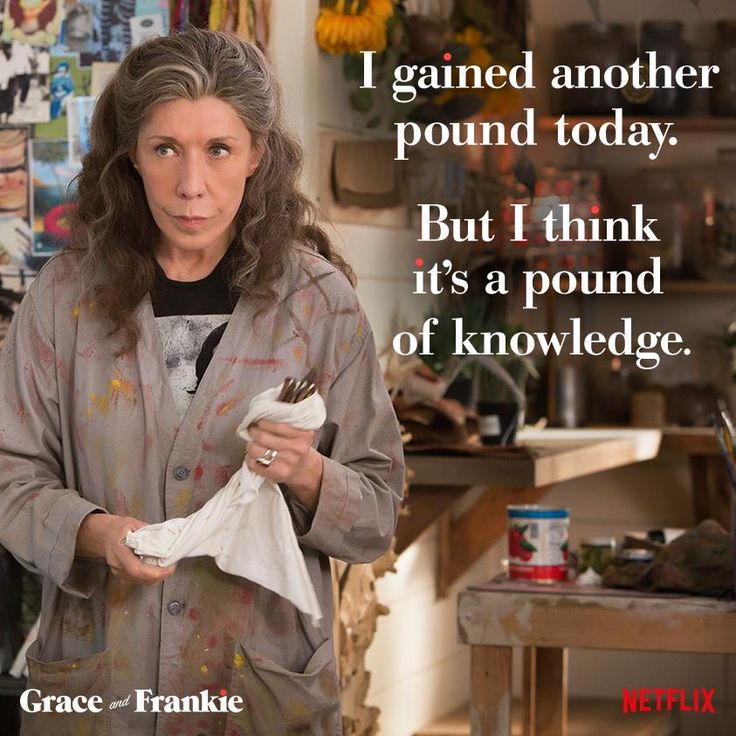 The third reason goes beyond the humor and resemblances and straight to the heart. Grace and Frankie is a show about strength in age and what it means to start over, a lesson my mother has been teaching me since I was a little girl.

My parents first got divorced when I was nine years old; my mother was forty-nine.

To my child’s mind, it seemed like an easy step, but as an adult looking back, I can imagine how much courage it must have taken for my mother to leave a two-decades-long marriage and restart her life. She became a single parent running her own business from our newly purchased home at the age when most corporate employees begin to start thinking of retirement. Of course, she had never really been the type to do what others did.

Upon moving into our new house, my mother, of course, had to sage every room, hang crystals in the windows, and do reiki on our plants. I, resorting to the role of a nine-year-old Grace, lectured and complained of the messes in the drawers and how late she was picking me up from school.

I even lectured her on wearing a seat belt.

“Mom, the car’s going to keep making that annoying beeping noise until you buckle up!”

“I don’t find it annoying. You let things bother you too much.”

“You worry too much about what you are supposed to do.”

Too bad my young Grace self was too young for martinis.

Watching my mother juggle her career, family life, and home at the age of fifty taught me a great deal about overcoming difficulties, but it also taught me something more important: that despite difficulties, or age, or setbacks, it is never too late to begin again.

This is the message that I feel most excited about from Grace and Frankie. Two women have their lives completely turned upside down when they discover their husbands have been having a secret gay love affair. Upon this discovery, the characters embark on their own personal journeys of romance, career development, and forgiveness . . . at the age of seventy.

Each of the characters shows various strengths within their age. Robert and Sol redefine what passion looks like at the age of seventy, choosing to leave their unhappy heterosexual marriages and come out of the closet because, hey, that’s who they are, and it’s never too late to do what makes you happy.

Frankie teaches us that even if you’re seventy years old, you can still listen to Drake, smoke weed, and make lube. The only difference from age twenty is that you care a little less about what people think of you.

I managed to watch the whole new season of Grace and Frankie in one day, and needless to say it's amazing once again. I might post some more scenes over the next couple of days. #graceandfrankie #comedy #funny #lol #love #follow #like #tv #television #netflix #hilarious #joke #jokes #comedypost #comedyposts #janefonda #lilytomlin #age #ageism #old #loan #drake #youthculture #cool #music #bank #finance @graceandfrankie

And Grace shows us that change is hard, but it’s never too late to let go of your rigidity and embrace what you want. Also, age doesn’t make it less appropriate to order a pizza to your crush’s door so you can ogle him.

The show’s message is an important one in a modern world that glorifies youth and urges us to make choices before “it’s too late”—to worry about a 401(k) at age twenty-five and to find your dream career by age thirty. Too many of us feel as if we’re behind schedule, that we’re not quite fitting into some ultimate “plan.” Whose plan is that? It certainly isn’t life’s plan. 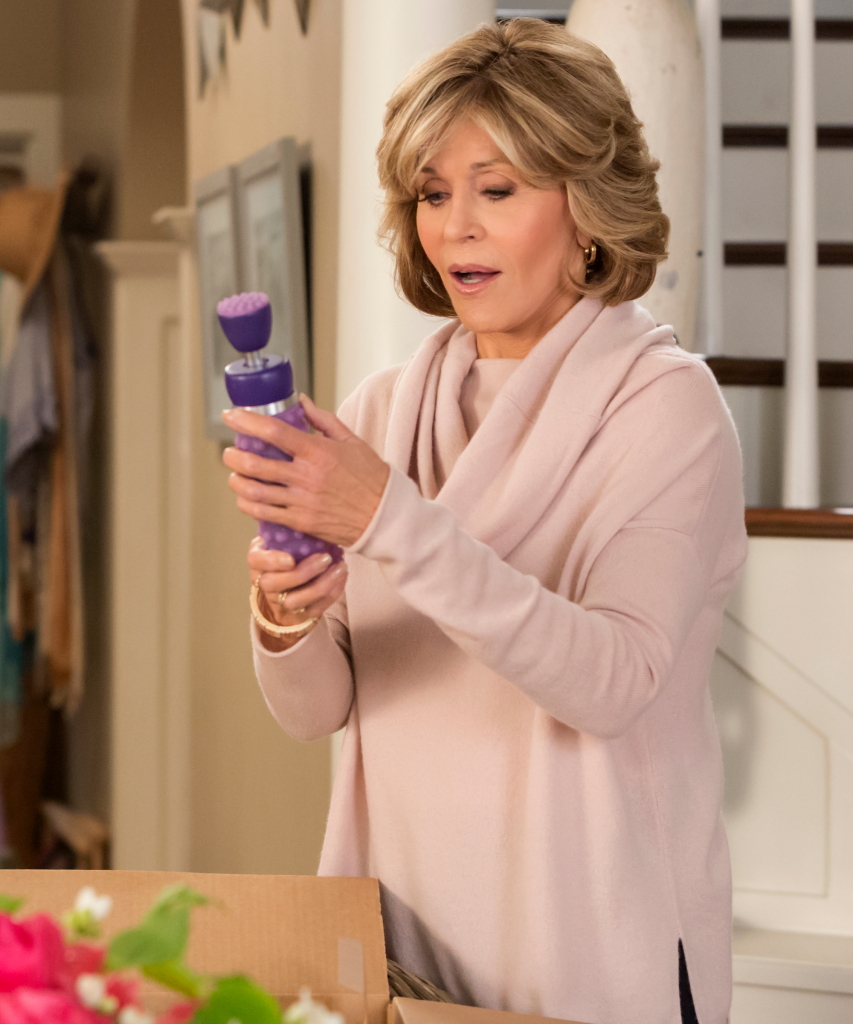 Life’s plan, if it can even be called a plan, is to mess us up then give us something else, to shake us out of our comfort zone and challenge us to be better versions of ourselves. We trick ourselves into thinking there is rhyme and reason, but, in the end, we all learn the same lesson that Grace learns in episode one. “I played by all the rules! Why didn’t you tell me there weren’t any rules? It’s not fair!” she shouts at her ex-husband.

Aging is not a fair game, and Grace and Frankie does not pretend it is. Between strokes, heart attacks, and the episode “The Floor,” in which our heroines fall and are unable to stand, the show takes an honest look at what it means to get older.

My mother often tells me that she loves being her age. Sure, there are the daily challenges, but she does not let them slow her down or make her afraid. She became a massage therapist and mother at forty, and a yoga teacher at sixty. She just returned from a month-long trip to India and is considering her next trip abroad. Most importantly, she continues to see life with a childlike excitement and fascination.

Grace and Frankie is a show about the infinite youth that exists in each moment of our lives if we choose to tap into it—the youth that allows us to start fresh, to feel curious, to try again, to continue to learn. I hope that I will never find myself too old for an adventure or say it’s too late to follow my dreams. My mother certainly never has, and Grace and Frankie come to our screens to remind us of the same lesson.