That Episode of Stranger Things Season Two (Yes, *That* One) Was Perfectly OK

There are some things you learn embarrassingly late in life. For example, I didn’t learn how to snap my fingers until I was eighteen. For another, I just learned that everyone hates episode seven of Stranger Things season two.

Episode seven, titled “The Lost Sister,” is a standalone episode. It follows El (aka Eleven, aka Jane), government experiment turned telekinetic tween, to the big city in search of her sister, Kali (aka Eight), fellow government experiment with the ability to create illusions. Before watching the show, I saw many bombastic Facebook posts from my Indian friends about #representation, not quite the crux of my politics but still exciting. The episode itself seemed harmless enough, aside from the cringe-inducing punks. But mainstream reviewers and fans alike were ready to set me straight.

Reviewers couldn’t get over the one-dimensional punks Kali ran with. Others were unsettled by the shift in mood. The references were too obvious, the music too on-the-nose, the episode placement was weird . . . The kindest anyone could muster was that it was central to Eleven’s arc. 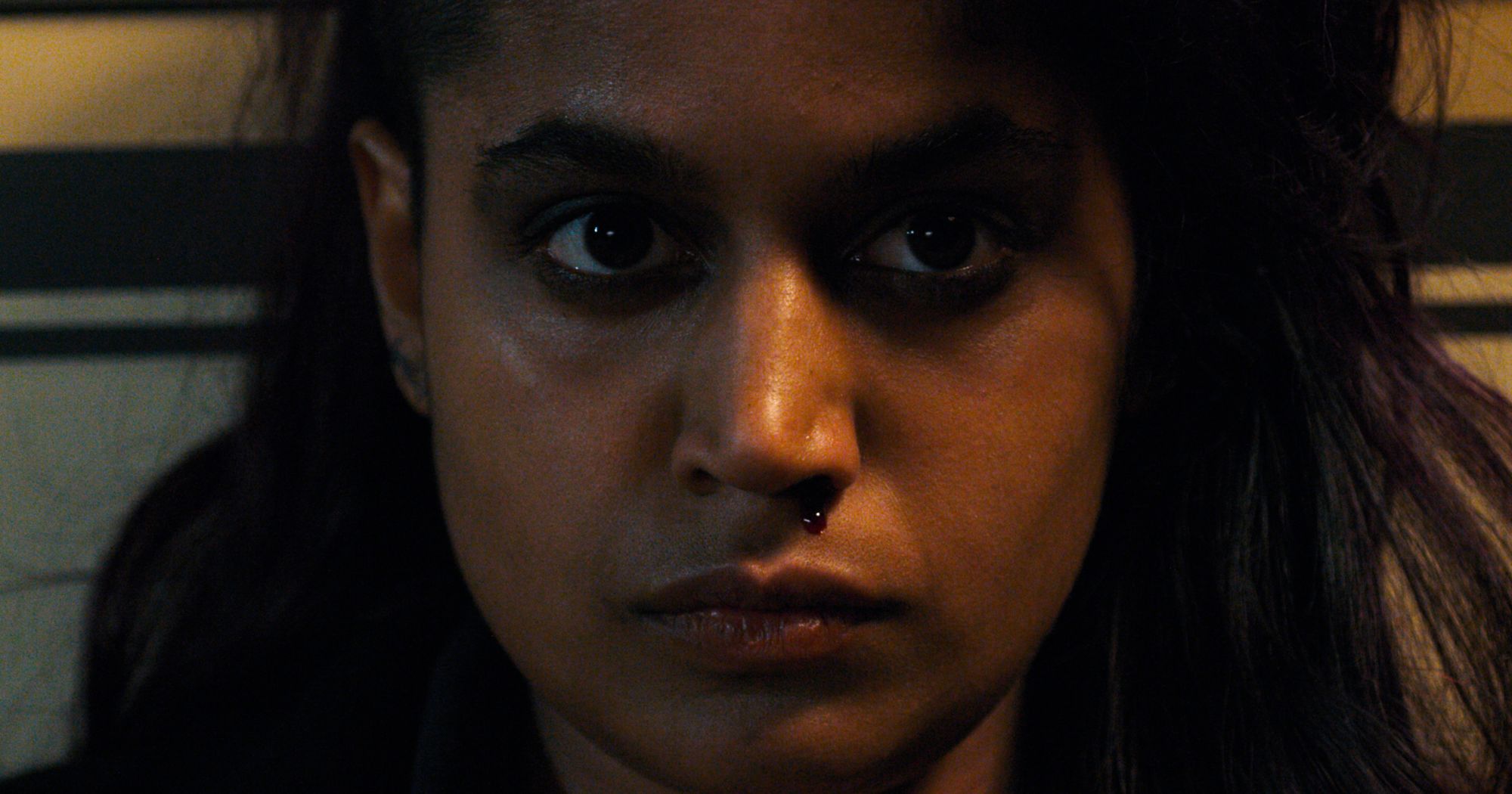 I’ve been uncomfortable with the amount of vitriol “The Lost Sister” has received, especially in contrast to the excitement brown women and girls expressed at seeing a thoughtfully crafted Indian character on one of their favorite shows. In a show that is all about cute and corny homage to the ’80s, these surface-level critiques strike me as insincere. I was excited to gain some insight into El’s mother and to meet the bandit from the season’s cold open. In general, I’m apprehensive about representation politics, especially when white writers believe they’re being exceptionally clever by naming an Indian woman Kali (@ Teen Wolf), but Eight/Kali was a great relief. She was layered and complex, qualities I refuse to attribute to her character originally being conceived of as a white man. Regardless, the episode was visually striking and moody, and it enriched Eleven’s backstory.

The cast is the series’ most diverse, the episode is the only one to date directed by a woman, and it’s able to pass the Bechdel test. I don’t think it’s any coincidence it wasn’t well received or that reviewers would obsess over aesthetics more than anything else. The reaction points to a larger problem TV shows that prioritize white men and boys, particularly in sci-fi, face when trying to expand their worlds. The episode’s sin, it seems, was daring to venture outside the city of Hawkins, where the ’80s kitsch was safe and familiar.

For all its progressive merit, Stranger Things is, at its core, wish fulfillment crossover fanfiction. It’s about four young nerdy boys who meet a superhero girl so alien she comes to depend on them for survival. It’s set in the Midwestern town of Hawkins, Indiana, where whiteness and maleness are translated to normalcy, even quaintness. And it is peppered with images and references that have entered the American cultural lexicon, harkening back to younger days and simpler times. The Duffer Brothers traffic in meta-nostalgia, which is inherently resistant to complicating the archetypal small town.

For all its progressive merit, Stranger Things is, at its core, wish fulfillment crossover fanfiction.

To their credit, the brother/creator duo have tried to subvert that this time around. Reagan/Bush ’84 campaign signs appear on lawns, the Party has a race-and-Halloween-costume moment, and Caleb gets to be a victim of racist vitriol as he steps into a romantic B-plot. But the very nature of the show makes some of the more pointed moments difficult to pull off. Hawkins is presented as the antithesis of the dark, off-kilter “Upside Down,” a trope that can only exist about the Reagan-era Midwest in 2017 out of desperation. When the town becomes a character, emblematic of white male adolescent naïveté, expanding the narrative means undermining the very foundation of the show.

See: The confusion around Billy’s (very apparent) racism toward Caleb. Dacre Montgomery, who pays Billy, refused to cop to his character’s bigotry, while Ross Duffer lamely offered, “He is racist, I think” in a Vulture recap. Eleven’s immediate cattiness at the sight of Mike talking to Max is another letdown. In an interview, the Duffers imply that Eleven has been learning about the world via ’80s television, which might explain this reaction but does not explain why Max has adopted every Cool Girl signifier in lieu of a personality. In general, the girls and women of Stranger Things are allowed only to act against men, which lends to why “The Lost Sister” felt so out of step with the rest of the show. For the first time, Millie Bobby Brown isn’t acting as a tool and curiosity for the Party, nor is she the Sheriff’s bratty daughter. “The Lost Sister” finds Eleven trying to carve out an identity of her own, perhaps why the makeover scene felt so satisfying. It’s significant as a stepping stone in Eleven’s journey but is also indicative of confused writing. Who is your star character when she’s not making eyes at Finn Wolfhard?

As of yet, Stranger Things doesn’t seem to know. 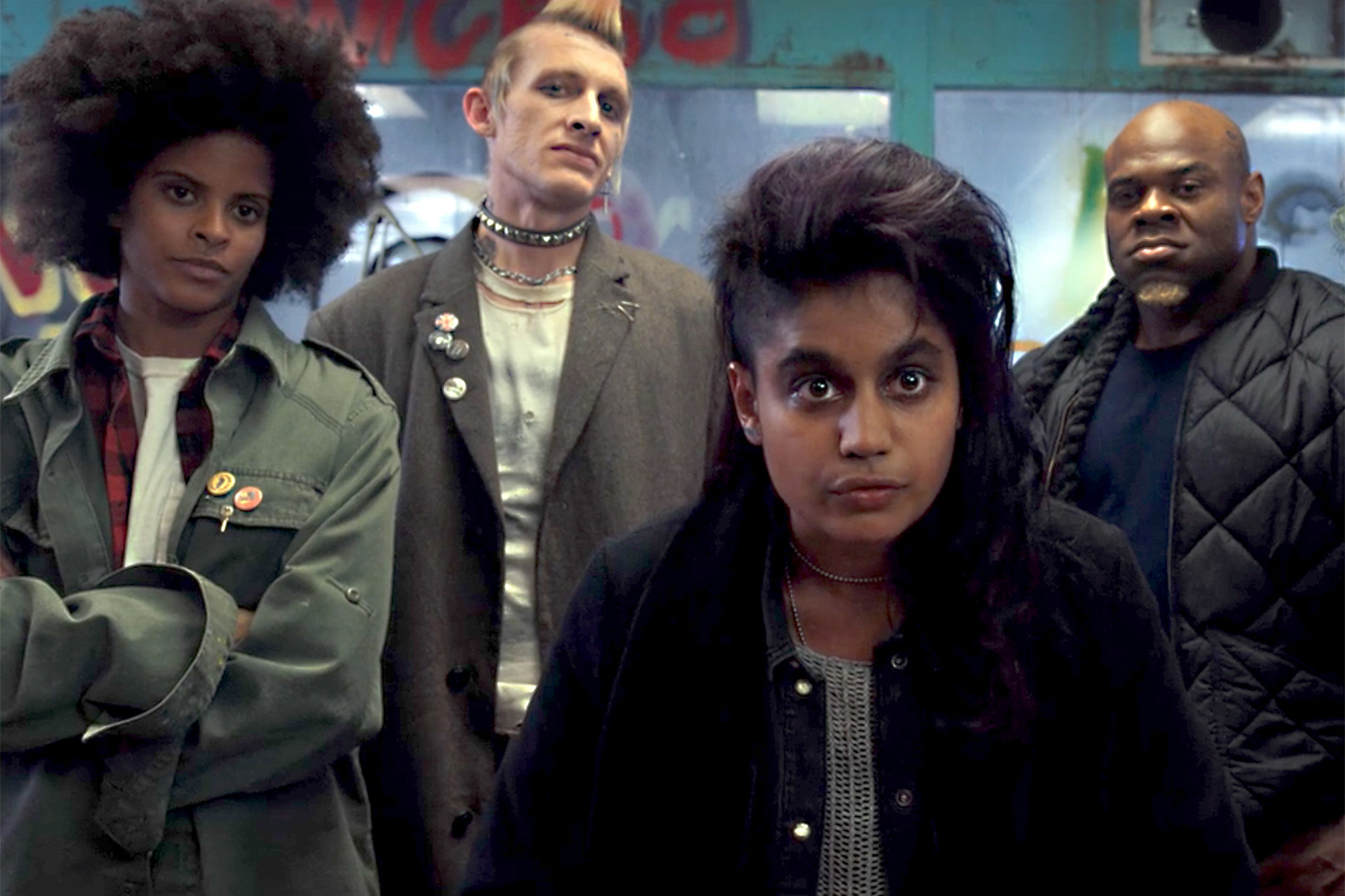 The Duffer Brothers themselves admitted to almost removing the episode. Its sole function as a wedge for Eleven’s character growth shows. The punks, aside from Kali, were woefully underwritten. Mac, the lone black woman of the group, literally spends her time staring out the window and being overruled by her family. The fact that they spent their time playing cards and throwing knives seems to point to a lack of investment in their interior lives on the writers’ part. Kali’s lesson to Eleven was fun, if obvious, but mainly tough to swallow because of the show’s inconsistent treatment of Eleven’s abilities.

As the stakes of the show continue to rise, the limits of her powers will have to be more thoughtfully rendered. But overall, it was not the worst episode of Stranger Things—just the least familiar. Kali and her band of misfits prodded at the innocent veneer of Hawkins, Indiana, no matter how corny, and that’s why they might need to make an appearance next season. Maybe then the women of Stranger Things would get to advance the main plot,instead of being relegated to last-minute fixers and B-plot romances.