As much as we’d probably prefer they didn’t, everything we’ll ever watch eventually has to end. The series finale of a good television show is, for any of us, a visceral and surreal experience. It’s the final farewell to a group of characters we’ve spent (if we’re lucky) countless hours of our lives with. It’s the culmination of every plotline we’ve taken whole days writing about and discussing around the watercooler—and, when it’s done well, getting an ending that feels deserved is one of the most gratifying feelings I’ve ever experienced. Dexter, the first show we’re going to explore, however, is not one of those shows. On the contrary, it has one of the worst series finales of all time.

Full disclosure: Until today, I hadn’t finish the show. I watched all the way up to its penultimate episode, woke up the morning after the finale aired, and read a BuzzFeed recap post with terrible GIFs outlining the unsanctimonious way Showtime killed what had once been my favorite show. It conspicuously begged for a spin-off, and I was furious about it. The most interesting plotlines in the whole show were when Dexter was seemingly coming to terms with the fact that his lifestyle wreaked havoc on the only people he cared about, and their inability to commit to that lesson in a tangible way was maddening.

This show, from the beginning, was a goddamn roller coaster. When I first tried watching it, sometime between seasons one and two, I wasn’t into it. Something about the bright Miami color palette and its cheesy noir vibe didn’t mix for me. But then my dad bought me the first two seasons on DVD for Christmas, and I felt like I had to get into it. Once I burned through those, I was well and truly hooked. Something about Dexter’s fierce moral code coupled with his Dark Passenger, and all of the inventive ways he offed the series’ first few big bads, blew me away. And Doakes? Don’t get me started—he was the perfect foil to Dexter’s prototypical antihero. And then came season three, when Jimmy Smits’s underwhelming take as a complicated villain was a bit of a slog, and I was worried I might not want to finish the show. 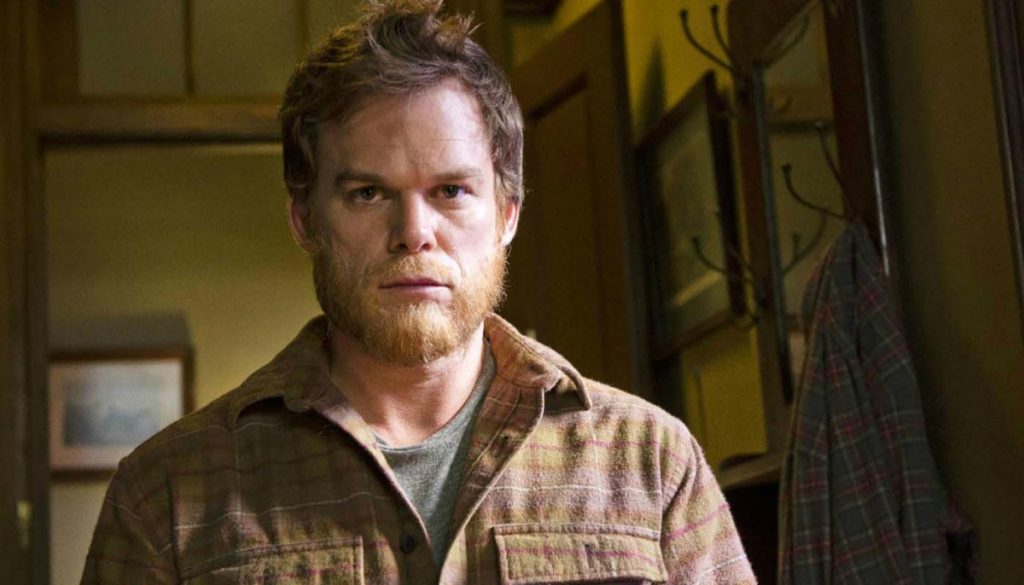 Season four picked up from there, with John Lithgow’s turn as the series’ most compelling villain, the Trinity Killer. It ended with the jaw-to-the-floor twist of Rita’s death and Dexter’s son sitting in a pool of her blood, just as Dexter himself had been found by his own adoptive father when his mother was murdered decades before. It was unexpected; it was daring. I had high hopes for where the show would go from there . . . but I was wrong. The show’s original showrunner, Clyde Phillips, left, only to be replaced by Chip Johannessen for season five and Scott Buck for the remaining three. It spent years trying to top itself with more ridiculous set pieces and the constant fear of Dexter being caught. And even when he finally was—by his sister, no less—everything was more or less fine.

My biggest beef with this show is the direction it took in its final year. It played at, for the thousandth time in the show’s eight-year run, trying to give its titular sociopathic antihero a conscience. This just doesn’t work on so many levels, and its other story arcs, like Masuka’s long-lost daughter and Quinn’s attempt to become a sergeant for Miami Metro, were dull. The biggest crime the show committed though was its refusal to truly punish or kill Dexter. Showtime very famously didn’t want to give up on the show despite creative exhaustion and an utter lack of interest from its cast. But the biggest problem with that lies in the show’s series finale, the place that is ultimately supposed to tie up any remaining loose threads left, when they let Dexter live.

Then dexter just offs her and throws her body into the sea because he's her big brother and "can't see her like this?" In medical care.

Also these hurricane vfx are terrible.

They killed off his sister; he abandoned his son to a life in Argentina with his murderous girlfriend, Hannah; and he escaped reproach by becoming a fucking lumberjack. He even kills the show’s last big bad in the police precinct, fully on camera, only to be let loose by his friends and colleagues with less than a slap on the wrist. You can see the disdain in Michael C. Hall’s face in the final scene of the series, newly bearded and silent in a dark room, fresh off his shift at the lumberyard.

I spent five years stewing about it, telling myself I’d never put myself through the misery of actually watching it, especially after having read an interview with Phillips about his original vision for the last scene of the series: Dexter on the verge of being executed, only to look out and see every major villain there to witness his (much-deserved) end, letting you realize that the entire show you’ve just watched occurred in the final moments of our hero’s tenure—his life flashing before his eyes in an instant. This would have been the perfect swan song for what was, admittedly, an uneven show and could have redeemed many of its prior mistakes. But, no, Showtime had to leave it open to returning, even though it is so painfully obvious that its star wouldn’t want to come back if they tried.

Watching it today only helped cement my feelings about the importance of a strong finale. A good show that sticks the landing begs to be rewatched. It can be the warm blanket you put on in the depths of your depression to make you smile or a piece of bubble gum to chew on when you just need something sweet to laugh at. It begs to be shared with your friends and loved ones, to be pored over in recap reviews and on message boards. But a shitty one is almost just as memorable in a way. It leaves a bad taste in your mouth, and, at the worst end of it, can negate the entire experience you had leading up to it. Regardless of how wonderful the journey to those final scenes can be, a flimsy finale can break an entire show. And in Dexter’s case? It 100% did.