Bob RaymondaOctober 23, 2017Over and Out

To follow up on my thoughts about the worst series finale I’ve ever seen, I thought I’d explore the best one I’ve seen: Six Feet Under. Funnily enough, both shows star the same actor. Long before Michael C. Hall covered a kill room in plastic to follow Dexter’s Dark Passenger, he was dressing up corpses for burial as David Fisher in the early HBO drama from Alan Ball—and though they share an affinity for the dead, the two characters couldn’t be further apart. Where Dexter is calm, calculated, and sociopathic, David is a warm, loving, and emotional family man. In my time with them, I loved both characters, but in Six Feet Under’s final episode, it’s so clear that their writers had much better work to give the veteran actor than Dexter’s eight seasons ever did.

I didn’t watch Six Feet Under for the first time until I was on spring break my senior year of college. I was visiting friends in the Czech Republic and bought the first season on iTunes for my flight over, but by the time my week was over, I had already finished half the series. I’d wake up in the morning, nursing a hangover from the night before, and binge three or more episodes before rolling out of bed and exploring the city for a few hours, only to wake up in the morning and start over again.

I knew no matter how hard I tried, I’d always be one of the sons who left like Nate.

In the home stretch of my time in school, the timing was perfect for me to watch a show this hopeful and human, all about death and endings and a lack of closure. I was grappling with my sexuality like David and trying to come to terms with my own identity like Claire, and I knew no matter how hard I tried, I’d always be one of the sons who left like Nate. This family was funny and caring, and they had a hard time talking to each other about anything important. And that resonated so much for me within my own family dynamic that I couldn’t get enough. It didn’t surprise me at all that it was one of my mother’s favorites, and I only wish I’d listened to her advice and watched it sooner.

Some people, like with Dexter, complain about a waning quality in this show as the series went on. I won’t ever deny it got a bit soapy, but the entire journey worked for me. I grew to expect something dark and affecting in every cold open, as we watched that week’s customer meet their (often untimely) demise. The set pieces were sobering, if sometimes silly, and worked as the right kind of gimmick to develop a strong voice for this weird little show. I’m just glad they didn’t stick with the funny yet out of place transitionary commercials for embalming products from the pilot. I adored every character who was introduced, from the very beginning with the Fisher family and their partner, Rico, all the way to an early acting turn from Rainn Wilson in season five as David’s bizarre mortuary assistant (and Ruth’s brief beau), Arthur. 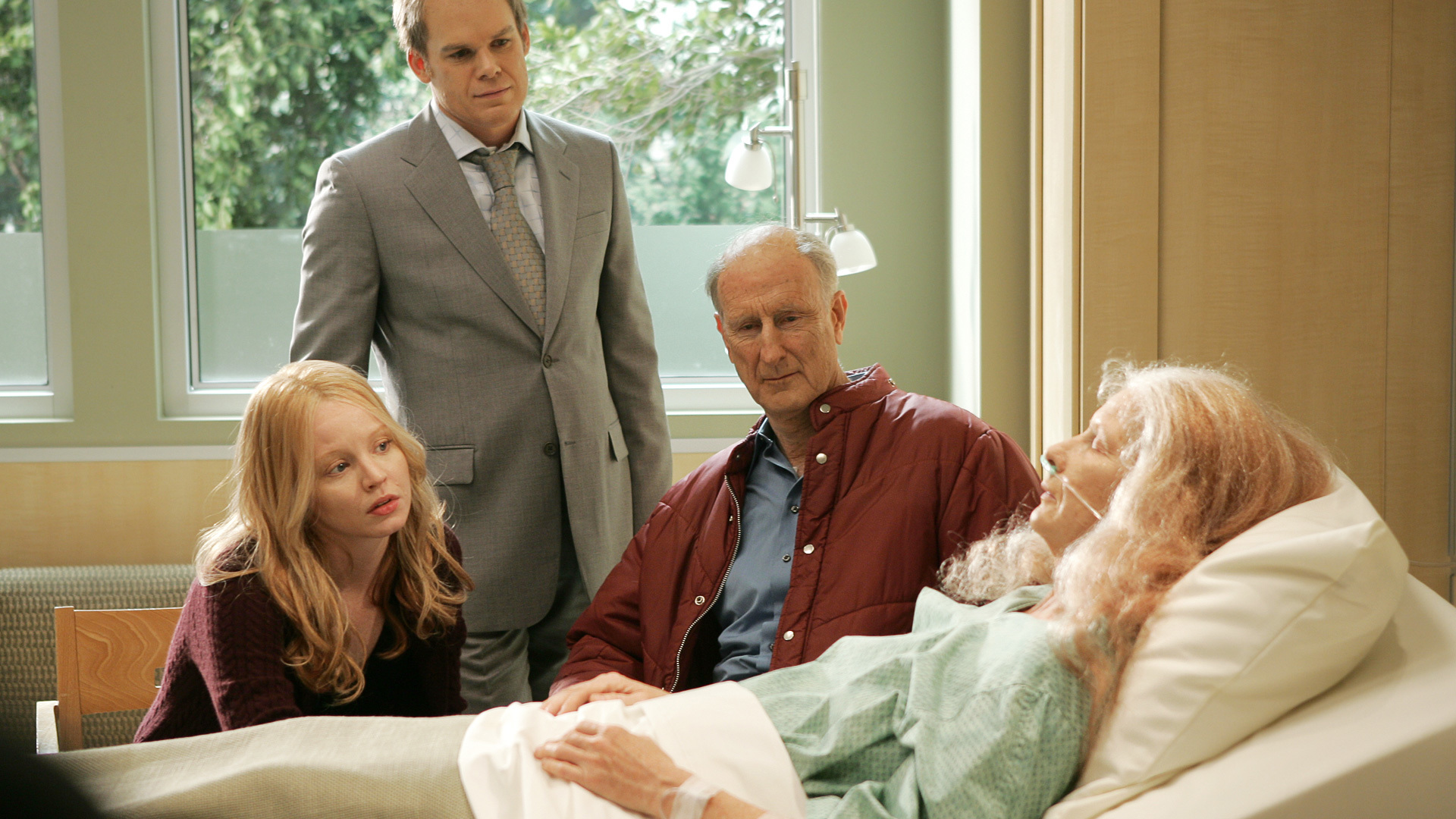 And so, even though some feel it was uneven, I knew that Six Feet Under was a show I could trust to keep me coming back. I knew I could count on Ruth to follow through on her impulses, whether they be career-driven or romantic, in a turn of character from the very meek and mild-mannered woman we meet in the pilot. I felt for Claire as she went from boyfriend to boyfriend and between artistic experiments as she struggled to find herself in college. My attention was rapt while whiny old Nate struggled to become a contributing member to a family he’d run away from for decades. And I fell in love with David, episode after episode, as he took charge of the funeral home and his own future, pushing forward in his relationship with Keith despite their many ups and downs. And when Nathan died unexpectedly toward the end of the final season, I was entirely wrecked.

Taking in the last episode of this show, as Claire got in her car to drive to New York, Sia’s “Breathe Me” played, and we fast-forwarded through a montage of the inevitable deaths of each member of the Fisher clan reduced me to a snotty, sobbing mess. Even now, years since my first watch, I’ll play that final scene when I know there are feelings I’m refusing to confront but I still need to cry over. It is, without a shadow of a doubt, the most physical thing I’ve ever experienced from a group of fictional characters, and I’m confident I’ll be revisiting it many more times until I reach my own (inevitable) end.

When the writing gives you a gratifying ending that doesn’t leave you wondering what happens next, you know the time you’ve spent with these characters has been worthwhile.

There’s something about the experience of a show sticking the landing that elevates it above everything else. When the writing gives you a gratifying ending that doesn’t leave you wondering what happens next, you know the time you’ve spent with these characters has been worthwhile. Ball and company committing to their source material and showing us the final end for almost everyone we’d come to care about over the course of the show’s five-year run was sheer brilliance. It’s even better when you realize that the idea didn’t come from the series’ creator but instead someone on the writing staff. They trusted each other’s creative input enough not to throw out a perfect idea just because it didn’t come from the person who invented the characters in the first place. It just goes to show that you don’t have to know a series’ final shot from the very beginning to get it exactly right (*cough* Lost *cough*).

Rewatching the finale again today made me sob as much as I had the first time I’d seen it, if not more. It reminded me of plot threads I’d abandoned, like Keith and David buying Rico out of the funeral home and Claire getting a voicemail about not actually getting the job that spurred her trip to New York. I’d forgotten that Nate spent his final night in the loving embrace of his late-in-life stepsister, a woman with whom he was cheating on his wife. More than anything else, it reinforced how tangible all of these relationships felt for the duration of the series. I honestly feel grateful to have experienced it and can’t wait to watch the entire thing again.